The Center on Law, Ethics and National Security (LENS) was founded at Duke University School of Law on September 1, 1993, by the late Professor Robinson Everett (1928-2009). Everett, a longtime member of the Duke Law Faculty and a former Chief Judge of the U.S. Court of Appeals for the Armed Forces, believed that the law school needed a center that would focus on encouraging and sponsoring education, research and publications concerning national security law topics, as well as conducting conferences and seminars in the national security field. Additionally, as the Center's name implies, it was to provide a focus on national security decision-making from an ethical perspective. It is principally funded by a trust established under the will of Kathrine R. Everett, Professor Everett's mother, who shared his keen interest in establishing the Center at Duke. LENS works closely with student groups including especially the National Security Law Society. LENS also sponsors an Essay Series in order to give student and other scholars a public venue for access to their academic research. LENS also hosts the popular blog, LAWFIRE® 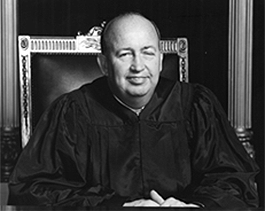 "For so many Duke Law alumni, Judge Everett is Duke Law School. He embodied the qualities of leadership and service in and through the law. He was a model of the citizen-lawyer. His distinguished career as a law professor and judge has been an inspiration to faculty, students and alumni at Duke Law School for over 50 years." — Dean David F. Levi
Read about Professor Everett's life and legacy