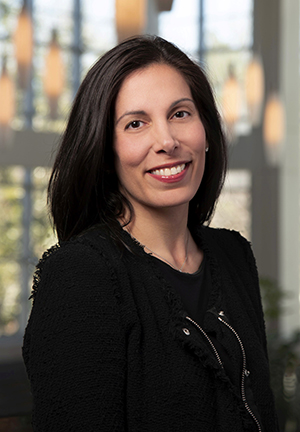 Professor Nita Farahany ’04, PhD ’06 proposes the addition of a right to cognitive liberty as a basic human right in order to protect individual freedom of thought, access, and control over our own brains and our mental privacy.

Speaking on a TED stage beside an EEG image of her own brain activity in a “relaxed and curious” state, captured by an early consumer-based monitor she wore on her head, Farahany, a professor of law and philosophy and director of Duke Science & Society and the MA in bioethics and science policy, noted the ability of such devices already to reliably gauge mood and, with the help of artificial intelligence, decode simple numbers, shapes, or words a person is thinking, hearing, or seeing. While the future, she predicted, involves transformative brain transparency that could challenge everything from the definition of data privacy to laws and ideas about freedom, her research indicates that people don’t fully understand or even believe the implications of quickly evolving brain-decoding technology. In such a world, she asked, “Who would dare have a politically dissident thought or a creative one?

“I worry about the ability of our laws to keep up with technological change,” she said. “Can the NSA spy on our brains using these new mobile devices? Can the companies that collect the brain data through their applications sell this information to third parties? Right now, no laws prevent them from doing so.” And the situation could be particularly problematic in authoritarian countries, she added.

Special protections for mental privacy “would secure for us our freedom of thought and rumination, our freedom of self-determination,” she said. “The time has come for us to call for a cognitive liberty revolution to make sure that we responsibly advance technology that could enable us to embrace the future while fiercely protecting all of us from any person, company, or government that attempts to unlawfully access or alter our innermost lives.”