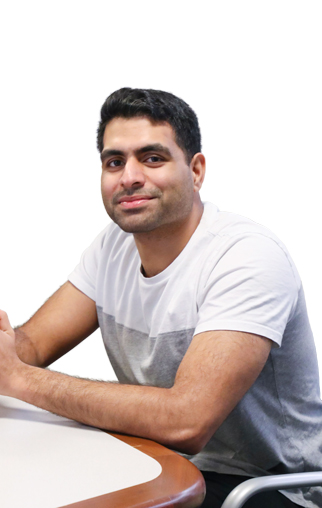 Rohit Jayawardhan ’19 doesn’t plan to practice law after receiving his JD in May, but such matters as contract analysis and pleadings will still be central to his work.

Jayawardhan will be returning to iManage, where he spent his 2L summer, as a data scientist charged with creating artificial intelligence-enabled systems to store, analyze and search documents for law firms, corporate legal departments, and others.

Having realized during his first year of law school that he was still drawn to mathematics — he majored in management science, a quantitatively-focused economics degree, at the University of California San Diego — Jayawardhan supplemented his legal studies with a course in Duke’s computer science department and online courses in advanced machine learning through Coursera. And in his third year, he’s taken a deep dive into law and technology, enrolling in courses in fintech, frontier artificial intelligence (AI) and robotics, and blockchain law and ethics. As an independent study project, he is also designing a predictive AI tool that the Environmental Law and Policy Clinic can use to identify pockets of North Carolina housing stock polluted with lead paint and combat lead poisoning in children.

Jayawardhan is confident that he is leaving Duke with a skill-set that enables him to straddle two domains: “the qualitative legal world and the quantitative, machine-learning world.” During his summer internship, when a client requested a bespoke system to identify pleadings within an enormous data-set of documents, he expanded it to also identify answers and complaints. He also refined a process for training an AI-enabled system to understand legalese.  “Having a basic understanding of how the law works really helped,” he says. “It’s allowing me to serve as that bridge between the two worlds.”

Jayawardhan has also brought insights from data science to his law classes. For his final project in Fintech Law and Policy he programmed a pseudo-smart contract for a loan, designing it to handle different forms of collateral with different remedies for default and be customized for any loan amount with any term, any interest rate, and any number of payments. “We had talked a lot about blockchain in the class, but it’s hard to understand the technical aspects of an entirely self-executing contract,” he says. Blockchain-enabled lending also interests him from an access-to-justice perspective: “If you’re able to get rid of the middleman — the bank — and connect an investor in America, say, to an emerging entrepreneur in Nigeria or India, it could free up a lot of capital around the world and really empower people who currently don’t have access to finance or financing.”

Jayawardhan says he’s appreciated the approaches to and varied perspectives on technology he’s encountered in his third-year courses, such as Frontier AI and Robotics, which includes students from other Duke schools and departments who have thought deeply about the long-term and ethical ramifications of emerging technologies. And while he prefers developing programs to writing regulations, he looks forward, he says, to also being involved with regulatory and legal developments around emerging technologies.