2. Favorite Law School memory:
Duke is an incredibly diverse place, so I'll give you two memories that really display the full spectrum of activities students can choose from. During the graduate student basketball camp out last year, we decided to hold a pig roast. So, we rented a pig cooker, bought a hog, and took some advanced orders to cover costs. We even had to argue with the camp out staff for thirteen straight hours before they let us in with the pig cooker, but they eventually let us in. In the end, we fed over forty law students and had a great time barbecuing. On the other end of the spectrum, we hosted a seder during the Jewish holiday of Passover. A little over twenty people, many of them not Jewish, took a a break from studying for Spring finals to participate in the ceremony and share a great meal.

3. Favorite Durham restaurant:
Meelo's Restaurant. It's an unassuming little tapas bar on Hillandale Road. The Baklava Cheesecake is one of the best desserts I have ever tasted.

4. What brought you to law school:
Prior to law school, my experience was mostly in political work and community organizing. I had done public affairs work for a large corporation as well. But no matter where I worked, it seemed that every time I got my hands on a juicy interesting project, management would take it away and give the project to the lawyers. I got tired of that after a while and decided to become a lawyer myself.

5. Tell us something about yourself that otherwise we wouldn't know or guess:
I keep a Cuban espresso maker in my locker. It's one of those things that remind me of home. Last year, I'd take it out frequently and serve little "cafecitos" to anyone who wanted to join my friends and I for a short study break. So far, I have not needed it as much during my second year. 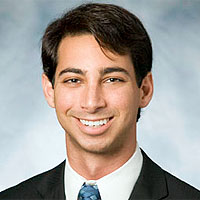