The Environmental Law and Policy Clinic at 10: Blending science and law to pursue environmental justice proves formative for students

For Jennifer Nearhood ’13, an attorney-advisor in the Office of State Remediation Enforcement at the U.S. Environmental Protection Agency (EPA), working in the Duke Environmental Law and Policy Clinic not only helped her land a coveted job at the federal agency and succeed there, but also gave her a lasting appreciation of the underlying issues at stake in her work.

First as a student and then as a post-graduate Stanback Fellow in the clinic, Nearhood worked intensively on a multi-faceted initiative to oppose the planned construction of a Titan America cement plant on the banks of the Cape Fear River in eastern North Carolina. “Talking with clients and understanding their goals and why they may have wanted us to take a certain position on an issue was illuminating,” she says of her work on behalf of the nonprofit PenderWatch & Conservancy. “Understanding why the clients opposed the cement kiln made it clear that the issue went beyond the technical matters on an air permit and how much NOx a plant is allowed to emit. They were trying to protect their community and their home. That has stayed with me.”

Nearhood is one of 106 graduates of Duke Law School and 84 from the Nicholas School of the Environment to have participated in the clinic since it was established in 2007 at Duke Law as a partnership between the two schools. Students have engaged in cross-disciplinary research, analysis, advocacy, and problem-solving on matters of environmental justice, sustainability, and public health, addressing such matters as watershed, ocean, and coastal pollution, air quality, biodiversity loss, nutrition, and public health. Many cases involve multiple stakeholders and the sustained efforts of successive cohorts of students working under the supervision of Clinical Professors Ryke Longest, the clinic director, who earlier served as an environmental lawyer with the North Carolina Department of Justice, and Michelle Nowlin JD/MA ’92, the supervising attorney.

Along the way, they are exposed to myriad federal and state laws, regulations, and regulatory processes applicable to their work. They also learn that legal and policy strategies and solutions have to be driven and supported by sound scientific data from such relevant disciplines as toxicology, marine biology, epidemiology, or public health, and frequently utilize Duke University’s vast institutional expertise in these areas.

“Our goal is to produce students who are strategic, resourceful, and determined, and who never lose sight of what they want to accomplish,” says Nowlin, who returned to Duke Law in 2008 after 13 years as an attorney at the Southern Environmental Law Center.

Collectively, clinic students have provided almost 35,000 of pro bono service hours to clients, usually nonprofit and grassroots community groups, at a value in excess of $2.25 million, while amassing a significant record of advocacy success. After graduation, they go on to jobs across the nation and internationally in private environmental law practice and consulting, government, academia, and in public-interest advocacy with such organizations as the Environmental Law Institute, Earthjustice, and the Property and Environment Research Center.

Brianna Elliott MEM ’17, now a senior analyst on contract with the Office of Protected Resources at the National Oceanic and Atmospheric Administration (NOAA) and a 2018 Sea Grant Knauss Fellow, calls working with law students and the clinic faculty over three semesters her most “formative and valuable experience” at Duke, one that exposed her to new ways to approach complex issues that she now uses every day. 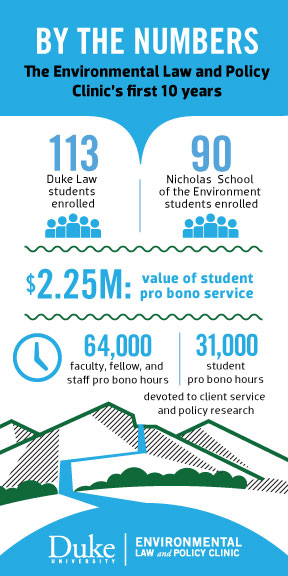 In her first semester, Elliott worked on the cement-plant opposition, gaining an appreciation for the socioeconomic issues underlying a matter she originally saw solely in terms of its potential negative environmental impact. She also had the opportunity, in other matters, to address issues relating to marine debris and sea turtle protection. Later, as an advanced clinic student, she worked both on a case involving sea turtle by-catch in the North Carolina commercial gillnet fishery and on research relating to mining the deep sea bed.

“Before entering the clinic, I didn’t understand how science and environmental laws were connected and how you need science and data to help execute the intention behind those laws,” she says. “The sea turtle gillnet case, for example, offered a unique case study on Section 10 the Endangered Species Act and illustrated the importance of data to support that permit.” The lawsuit concerning fishing practices that likely caused the death of thousands of federally protected sea turtles resolved with a precedent-setting settlement agreement with the N.C. Marine Fisheries Commission and the Division of Marine Fisheries that put into place new protocol regarding data collection and monitoring of turtle by-catch.

Jessalee Landfried JD/MEM ’13, an associate at the Washington, D.C., environmental boutique Beveridge & Diamond and another “Titan team” veteran, recalls being sent to Castle Hayne, N.C., to make a presentation to residents and to tour the area as a means of sparking new strategies in the cement plant challenge. “It was a great experience in practical legal research that is hard to get elsewhere, requiring us to look at the facts of a case and ask what else we might do to meet a client’s objectives,” she recalls. It also gave her valuable experience in public speaking and framing complex issues for a lay audience, she adds.

Landfried, whose litigation and regulatory practice focuses on environmental compliance, says the essential interplay of law and policy that she first encountered in the clinic is now a core feature of her work. “In environmental law practice you can’t escape that,” she says. “The environmental regulations that impact industrial development are highly technical in most cases, so you have to really dig in to understand how these industries operate in order to begin to tackle the legal problems.”

She has high praise for Longest’s and Nowlin’s clinic leadership. “They are such great mentors and smart lawyers. They do a great job of giving students real authority and leadership opportunities, while also teaching and supporting them. The clinic is just a great investment in helping students prepare for the legal market as well as a vital service to the community.”

Nonprofit community organizations and advocates across North Carolina such as the Karen Beasley Sea Turtle Rescue and Rehabilitation Center, the Durham Co-op Market, and N.C. Child, which recently relied on student research in lobbying successfully to expand state Medicaid coverage to include testing the blood-lead levels of pregnant women, make up the bulk of the clinic’s client base, in fact. “The clinic levels the playing field,” says Yadkin Riverkeeper Will Scott, a long-time client. “It offers services these communities and nonprofits could not afford if they were going to the private sector.”

Representing Scott’s organization in multiple matters has engaged students in issues ranging from groundwater toxicology to public regulatory hearings and crafting a successful petition to the EPA for “Superfund” designation on the site of a shuttered Alcoa aluminum smelter in Badin, N.C. The students made repeated visits to Badin to document reports of illness and loss residents attribute to the presence of cyanide, fluoride, lead, and PCBs in groundwater seepage and stormwater runoff near the former Alcoa-Badin Works, and pollution in nearby Badin Lake, where they fish.

“When you meet your client, you realize that your work matters, that there is a human being on the other side,” said Shannon Arata ’13, who began working on Alcoa/Badin matters as a student and since has led research and advocacy first as a post-graduate Stanback Fellow and now as staff attorney. “To be able to sustain an effort and to be able to push year after year has been incredibly fulfilling, and it’s essential to get results.”

And learning how to effectively manage cases to get results is a key benefit of participating in the clinic, says Patrick Duggan JD/MA ’10, a prosecutor in the Environmental Crimes Section of the U.S. Department of Justice. Duggan has advised numerous students on navigating entry to governmental practice and planning their upper-level studies at Duke Law. “Now, as an interviewer, I can tell the difference between applicants who don’t have practical experience and those who do. There is a difference in their approach to a problem, which often reflects an understanding that a good argument is not enough — there are hundreds of small details, from document management to jury appeal to witness credibility, which are as important to a case as the legal merits.”

For Elliott, the clinic has played a significant role in establishing an effective professional network. It opened up professional opportunities during her student days, such as presenting a poster on her sea turtle research at an international symposium, where she met representatives from federal agencies and international conservation groups, and she now works in close proximity to a number of clinic alumni at NOAA. “It gave me a vehicle in which to feel comfortable and confident in reaching out to other alumni who are working in protected species law, science, and policy,” she says. “Those conversations absolutely helped me to get the job I have now.”

Thirteen clinic students are currently engaged in representing nonprofits on issues related to climate change, water quality impacts of factory farms, and preventing plastic pollution of our waterways. As they prepare to host a 10th anniversary celebration on Nov. 3, Longest and Nowlin are laying the groundwork for new projects, including an expansion of the clinic’s focus on ocean and coastal conservation (the subject of a related symposium the clinic is co-sponsoring with the Duke Environmental Law & Policy Forum) that will draw on the resources of the excellent Duke Marine Lab at Beaufort, N.C. They also plan to extend the clinic’s geographic reach through an environmental justice initiative pertaining to the pervasive lack of sanitation infrastructure in Lowndes County, Ala., with a national workshop on the matter next February.

What won’t change is the clinic’s application of science, law, and policy in its approach to new cases and challenges. “At first it was aspirational and now it’s genetic,” says Longest. “We always think about how a given project or case will fuse those pieces together.”

Clinic alum Nearhood wants to spread the word, calling herself “lucky,” in her choice of law schools. “Duke has an amazing environmental law program that as a prospective student I didn’t appreciate. And the clinic is a big part of that. It offers an awesome range of experiences. So I wish more people knew about it and went to Duke for environmental law.”

Read more about the Environmental Law and Policy Clinic 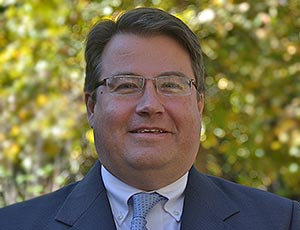 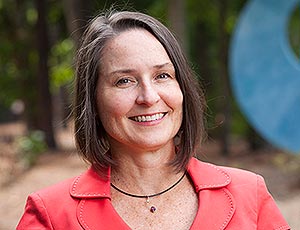 Clinical Professors Ryke Longest and Michelle Nowlin say that institutional support has been critical to the success of the Environmental Law and Policy Clinic. “The school’s embrace of the concept of clinical education and decision that there should be an environmental component has really allowed it to grow,” says Nowlin. Leadership gifts from Duke alumni Fred and Alice Stanback have also been instrumental, she adds. “We now have the freedom to develop client relationships and to continually cultivate the program.”

Six clinic alumni have served in two-year post-graduate Stanback Fellowships since they were established in 2013, spearheading cross-disciplinary research into environmental problems, writing commentary and scholarly articles, and facilitating client service.