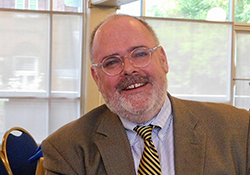 Durham is the managing partner of Charlotte-based Global Endowment Management (GEM), an institutional money management firm which primarily represents endowments and foundations of size. He previously served two terms on the BOV after serving on the Law Alumni Association board. Prior to joining GEM in 2007 he was staff counsel and director of the Education Division of The Duke Endowment (the Endowment), and earlier was a partner and chaired the corporate and securities department at the Baker Donelson law firm. A “double Dukie,” Durham served as president of Duke University’s student government as an undergraduate and as president of the Duke Bar Association (DBA) during law school.

“Porter has a wide range of experience, from chairing the corporate and securities department of a major law firm to serving as general counsel to Duke’s largest philanthropic supporter, The Duke Endowment, to his current position as managing partner and general counsel of GEM,” said Kerry Abrams, the James B. Duke and Benjamin N. Duke Dean and professor of law. “He is deeply committed to Duke Law School and Duke University and I trust him to offer wisdom and guidance.”

Abrams, who became dean last July, added her gratitude to Haas for her leadership: “Susi has been a wonderful BOV chair. I am especially grateful to her for staying on during my first year as dean. Five years is a long time to be chair, but she willingly took on an extra year after already serving two terms to give the board and our Law School team continuity during the dean transition.” 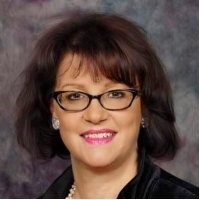 Haas, chief trademark counsel and general counsel Americas, for Resideo Technologies, Inc.’s Comfort and Care division in Minneapolis, was the first woman to lead the BOV and the first international graduate in the role. A native of Germany who came to Duke after obtaining a law degree from Johann-Wolfgang-Goethe University in Frankfurt, Haas served as president of the Law Alumni Association (LAA) Board of Directors in 2004. She regularly participates in the Business Law Society’s ESQ Career Symposium and other professional development programs, has taught classes during Wintersession, and speaks to students during their LEAD Week orientation. She received the Law School’s International Alumni Award in 2012 and the Dean’s Alumni Achievement Award in 2018.

As chair, Haas was actively involved in leading the BOV during the Duke Forward fundraising campaign, the most successful in the Law School’s history. She and her husband, Ross Formell ’87, also advanced the campaign’s goals by endowing a scholarship fund.

“Susi provided superb leadership to the board and to our campaign efforts,” said David F. Levi, the Levi Family Professor of Law and Judicial Studies and Director of the Bolch Judicial Institute, who preceded Abrams as dean. “Perhaps because she received an LLM as well as a JD, Susi ‘gets’ the broad reach of the school, its alumni, faculty, and students. She also understands what we need to do to maintain our excellence and build upon it. Add to this that she has a wonderful ability to make everyone feel welcome and part of the team and one can begin to grasp the importance of her leadership.

“We have been so fortunate in all of our board chairs, who have made such a difference over many years,” Levi said. “I know I speak for all of the deans in saying this.”

Durham promises to continue that tradition. A native of Nashville, Tenn., where his father taught high school and his mother worked in a flower shop, Durham said attending Duke was transformative. In fact, in a 2018 video recorded for the National Humanities Center, of which he is a trustee, Durham described how a class taught by historian Lawrence Goodwyn challenged many aspects of his traditional Southern upbringing and the received wisdom of past generations. He also learned to ask the hard questions.

“To encounter men and women like Larry Goodwyn, Ole Holsti, Jean O’ Barr and Mary Semans, and then, later, Walter Dellinger, William Van Alstyne and John Weistart — all of these people supported my growth and development,” said Durham. He remains grateful for guidance he received from his Duke Law professors when he came straight to law school after completing his undergraduate degree in three years and found himself much younger than most of his classmates.

“I was lost, to be honest,” he said. “Half of our class had advanced degrees and I felt like I had landed on another planet. But I got tremendous help from John and Walter, in particular, as well as Horace ‘Robbie’ Robertson, Ken Pye, Sara Sun Beale, and Jim Cox, who in particular showed me the corporate and securities law path. They really helped me find my way.”

Even as an undergraduate Durham was a student of leadership, he said: “I’ve always thought that leadership is the magic that makes great things happen. Being able to envision an outcome, share it, compel others to join in to achieve it — I think anything’s possible if you can do that.” Durham said he appreciated Duke President Terry Sanford’s counsel when he became student body president at a somewhat tumultuous time. “Terry was a big believer in student government as a vehicle for engaging young people in the politics of the university and in the civics of community life,” Durham said. “I received a very special mentorship from him and we became good friends.”

He said he had “no intention” of seeking a leadership post during law school until a friend from his undergraduate days urged him to run to become DBA president. “He said, ‘It’s sort of a throwaway and nobody really cares about it,’” Durham said. “I ran and, to my surprise won — and lo and behold there were things to do. The dean, Paul Carrington, and I agreed on virtually nothing, but I learned from that, too.” He recalled spending significant amounts of time working with faculty members to come up with solutions that were mutually beneficial and acceptable to students and faculty alike, such as better sequencing of first-year-grades to relieve grading pressure and to allow for more timely recruiting information. One of the innovations Durham introduced at Duke Law, the DBA’s annual presentation of the Distinguished Teaching Award to a faculty member, remains a cherished tradition.

“Leadership is about asking the right questions and then listening to the answers, another valuable lesson,” Durham said. “Much of the time, the things you think defy solution are easily handled if you are willing to dig deep and be thoughtful.” On his graduation, the Duke Law faculty voted to give Durham a “Special Award of Merit” for only the second time in the Law School’s history. It was, Carrington wrote to Durham, “a direction to the administration to inform you that the faculty holds you in especially high personal regard and is very grateful for your extensive efforts to improve the School during the three years that you were part of it.”

Durham focused his post-graduate practice on corporate law, and was eventually recruited to lead the corporate and securities practice at Baker Donelson, where he was a partner. “This was a rebuilding and expansion moment for the practice group and the firm,” Durham said. “It was an exciting time and I worked with a group of very young, very talented lawyers — the best. That was a very special time for me.”

But then he was thrown a curve when his first wife died of cancer in 2000, and he and their three children had to build a new life. Happily, he found his way back into the Duke orbit, as director of the Higher Education Grant Division and staff counsel for The Duke Endowment, then chaired by Russell Robinson II ’56. The Charlotte-based post, which he assumed in 2003, both deepened his understanding of Duke University’s operations and immersed him in those of the other institutions that receive philanthropic support from TDE: Davidson College, Furman University, and Johnson C. Smith University.

Learning about and working with the historically black Johnson C. Smith University in Charlotte was particularly fulfilling, Durham said, noting that to gain perspective he called on the expertise of one of his former Duke professors, the renowned historian John Hope Franklin, who was then on the Endowment’s board. And when he left the Endowment to become a partner in GEM in 2007, he was honored to be invited to become a Johnson C. Smith trustee, serving until 2016.

Durham said he was similarly honored to be asked by Abrams to chair the Duke Law BOV and hopes his panoramic perspective on the university’s operations will be useful to advancing her goals and vision. The post also offers him a new way to express his devotion to Duke.

“I consider Duke my family,” he said. “I have loved watching Duke University and Duke Law School evolve to the point of prominence they have today. It’s been a remarkable journey, with many more miles to go.”