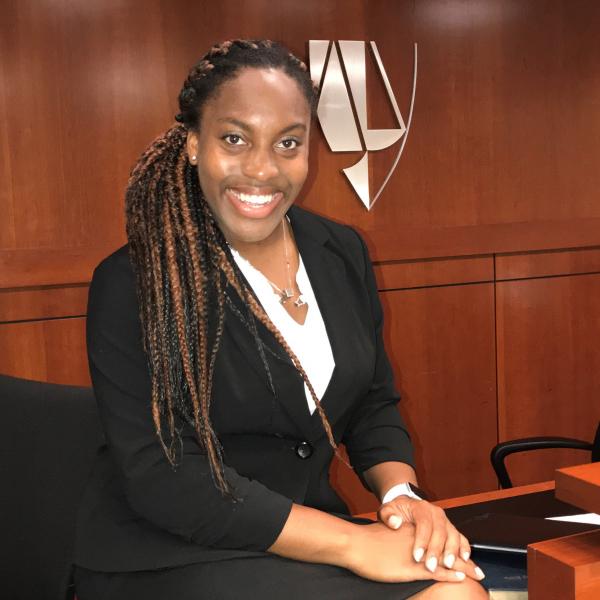 Sarah Pierre, a criminal justice major from Alcorn State, a historically black university in Mississippi, spent four weeks last summer at Duke Law taking classes in legal writing and analysis, criminal law, and LSAT preparation, alongside 21 other rising juniors from Southeastern colleges and universities. Enrolling in the Law School’s Pre-Law Undergraduate Scholars (PLUS) Program was a key step, she said, towards realizing a goal she has had since she was four years old: to someday become a judge.

Pierre was among the second cohort of PreLaw Fellows in the PLUS Program. With the assistance of a three-year, $300,000 grant from the Law School Admission Council (LSAC), the PreLaw Fellowship expanded from a two- to a four-week residential program designed to help students gain insight into the demands of law school, the application process, and what a career in law might look like. Students also had the opportunity to connect with alumni, judges from the Bolch Judicial Institute’s Master of Judicial Studies Program, admissions deans from other law schools, lawyers, politicians, and criminal justice reform advocates.

“One of the most effective aspects of the program was introducing the students to legal professionals who looked like them or who had similar backgrounds,” said Director of Diversity Initiatives Ebony Bryant, who oversees the PLUS Program. “The students are able to envision themselves as judges, arguing before the court, or as lawyers doing complex transactional law.”

For Pierre, meeting an African American judge helped her realize that “black success in law isn’t as far of a reach” as she thought it was. “It’s nice to see people who have already broken barriers,” she said. 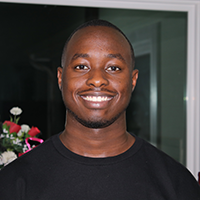 Elvis Mugisha, a political science major from North Carolina State University, also benefited from meaningful connections he was able to make with Law School faculty. At the conclusion of the program, he spent the next two months as an intern in the Wrongful Convictions Clinic, working with Duke Law students on cases pertaining to prisoners’ claims of actual innocence under the supervision of Theresa Newman, the Charles S. Rhyne Clinical Professor of Law and clinic co-director, and other faculty members.

“I could see how diligently they worked,” said Mugisha, who plans to attend law school and earn a dual degree in either business or public administration. “I could see how passionate they are about helping people.

“This program helped me realize that law is right for me,” he added. “The pay-off will be greater than anything you can do before applying to law school.” 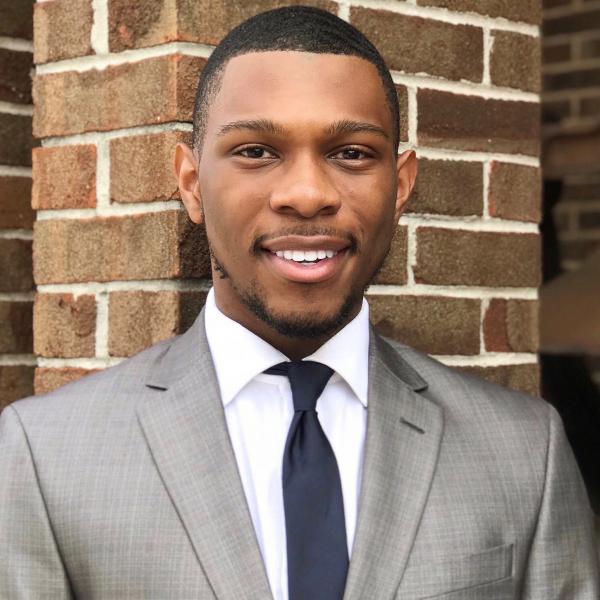 Jordan Davis, an English major from Morehouse College in Atlanta, got a similar recommendation from a friend at Spelman College who was in the PLUS Program’s inaugural 2017 class of prelaw fellows. Getting a first-hand experience of what law school will be like and insights into applying are particularly important, he said, for minority and first-generation students who don’t have parents or family members who have done so previously. Davis, who will join Teach for America after his Morehouse graduation, plans to get a JD before embarking on a career in educational policy. “I’m all about lifting as we climb,” he said.

After completing the PLUS Program, Pierre started the Alcorn Pre-Law Society. “Ever since I’ve gotten back from Duke, my desire to help others has increased,” she said. “I’ve witnessed seniors going through the law school application process at the last minute and I don’t want others to have to go through that.” She hopes to grow her current membership of 30 Alcorn students into a network of pre-law students throughout the state of Mississippi. And she definitely plans to apply to law school: “I want to be an advocate for those who can’t advocate for themselves.”

This year's PLUS Program will be held at Duke Law June 2-28.