Duke looks back at financial crisis with interdisciplinary conference, March 20 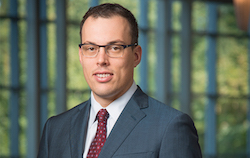 Duke University is hosting a unique interdisciplinary conference March 20 that will look back at the financial crisis of 2008 and 2009 and its lasting economic, political, legal, and social impact.

The event, titled “Ten Years from the Bottom,” marks a decade since the low point of the worst stock market decline since the Great Depression. On March 9, 2009, the Dow Jones Industrial Average suffered its lowest close in 12 years, and U.S. stocks had shed $13 trillion in value in just 17 months. The market’s crash was one sign of an historic collapse that would upend life far beyond Wall Street.

“The effects of the financial crisis extended far beyond financial markets,” said Lee Reiners, co-chair of the conference and executive director of the Global Financial Markets Center at Duke Law. “From the passage of regulatory reforms and the widening of income inequality to the rise of populist political movements and even the opioid crisis, we are still feeling those effects a decade later. We thought this was a good opportunity to reflect.”

The daylong event, will feature discussions with leading figures in business, banking, finance, and government about navigating the crisis and its long-term effects. A conversation between David Rubenstein, co-founder and co-executive chairman of The Carlyle Group, and Alan Schwartz, executive chairman of Guggenheim Partners LLC and former CEO of Bear Stearns Cos will close the day. Other speakers include:

The event, which will take place in Geneen Auditorium at Duke’s Fuqua School of Business, is free and open to the public. Attendees are asked to RSVP here.

For more information, or to RSVP, please visit https://sites.law.duke.edu/tenyears/.