Mary L. Dudziak, the Judge Edward J. and Ruey L. Guirado Professor of Law, History and Political Science at the University of Southern California, is visiting Duke Law in the fall 2011 semester as the John Hope Franklin Visiting Professor of American Legal History.

Dudziak is a leading legal historian whose research focuses on the international dimensions of American legal history and the impact of war on American democracy. She has written extensively about the effects of foreign affairs policy and the Cold War on the civil rights movement in the United States as well as other topics in 20th-century American legal history.

At Duke, she is teaching 20th Century Constitutional History and a seminar on Law and War in the 20th Century.

“I am so pleased that Professor Dudziak has agreed to serve as the John Hope Franklin chair this fall,” said Dean David F. Levi. “She is a pioneering scholar who has clarified — and continues to advance our understanding of — the intersections of domestic and international law, politics, and social development. She has contributed critical insights to the scholarly discussion of how the civil rights movement developed in this country, and how it was understood and shaped by the international community.”

“It is a great honor to be named the John Hope Franklin Chair as a visitor this fall at Duke,” said Dudziak. “Professor Franklin was both a groundbreaking scholar and an important figure in American history.  When I interviewed him for my book Exporting American Dreams: Thurgood Marshall’s African Journey, he told me about the way he and other historians [turned] Marshall and his legal team into legal historians when they worked on constitutional history together for a Supreme Court brief filed in Brown v. Board of Education. Franklin’s pivotal work is a testament to the importance of history to understanding the development of American law.”

In her course on 20th Century Constitutional History, Dudziak will lead students in an examination of the 20th century as a formative period in American constitutional history. The course studies how war and national security, social movements such as the civil rights movement and the women’s movement, and economic and policy shifts such as the Great Depression and the New Deal affected our understanding of the U.S. constitution.

Dudziak’s seminar Law and War in the 20th Century focuses on the impact of war on American law, particularly the relationship between national security and individual rights. Drawing upon historical experiences, the course explores the way the practice of war and ideas about warfare have affected American law, including the scope of government power and the protection of individual rights, as well as the impact of war on the American state and the growth of government.

Her next book, under contract with Oxford University Press, is How War Made America: A 20th Century History. Her newest article is "Law, War, and the History of Time" (California Law Review 2010), and she is contributing editor for a special issue of the Organization of American Historians Magazine of History for the 10th anniversary of the September 11 attacks. Other works on civil rights history and 20th-century constitutional history have appeared in numerous law reviews and other journals. She founded the Legal History Blog and contributes to Balkinization.


The John Hope Franklin Chair was established in 2009 to honor Dr. Franklin and his tenure as a professor of legal history at Duke Law School from 1985 to 1992. Gifts from Duke Law alumnus William Louis Dreyfus ’57, The Duke Endowment, and several other donors helped to endow the chair. The Law School is awarding the chair on a visiting basis each year to a distinguished scholar until a permanent appointment is made. Evelyn Brooks Higginbotham, the Victor S. Thomas Professor of History and of African and African American Studies and Chair of African and African American Studies at Harvard University, visited Duke Law as the inaugural holder of the Franklin Chair in the last academic year.

Perhaps best known for his leadership of President Bill Clinton’s 1997 task force on race, Franklin is credited with bringing the field of African American history into the mainstream. His book From Slavery to Freedom, first published in 1947, remains the definitive account of the black experience in America. Franklin began his career as an instructor at Fisk University in 1936; he went on to teach at Howard University, Brooklyn College, and the University of Chicago before joining the Duke University history department as the James B. Duke Professor of History in 1982. He passed away in 2009 at the age of 94.
Tags:
Duke Law News
Diversity 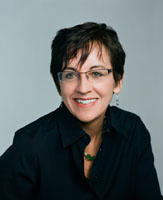