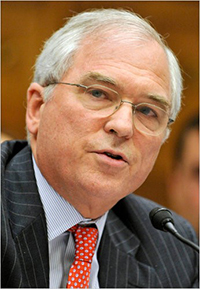 Joseph A. Smith, Jr. is a Senior Fellow of the Global Financial Market Center at Duke Law School. In a career of over forty years, he has engaged in the practice of corporate, securities and financial services law, and in the regulation and supervision of depository and non-depository financial services firms. From April 2012 until August 2018, Mr. Smith served as monitor of consent judgements between the United States Government and 49 States, on the one hand, and eight of the largest mortgage servicers in the United States, on the other, four of which were affiliated with this country's largest financial holding companies. In that capacity, he and his monitoring team validated the granting of over $23 billion in credited relief by the servicers to over 675,000 distressed borrowers.

Mr. Smith and his team also insured the compliance by the servicers with over 300 mortgage servicing standards requiring fair treatment of distressed borrowers. Mr. Smith also served as monitor of a separate settlement between JPMorgan Chase, the United States Department of Justice and five States, that resulted in over $4 billion of additional credited relief to over 168,000 borrowers. In 2015 and 2016, Mr. Smith served as Special Master for Borrower Defense of the United States Department of Education.

From 2002 until his appointment as mortgage settlement monitor in 2012, Mr. Smith served as North Carolina Commissioner of Banks. As Commissioner, he was responsible for the supervision and regulation of state-chartered banks and savings institutions, mortgage bankers and brokers, check cashers and consumer finance companies. During his service as Commissioner, Mr. Smith served as Chairman of the Conference of State Bank Supervisors and as a founding member of Regulatory Registry LLC, which is the owner and operator of the Nationwide Mortgage Licensing System. In 2005, as enforcer of the North Carolina Consumer Finance Act, Mr. Smith was the author of an administrative ruling that outlawed store-front payday lending in the State. Prior to his service as Commissioner of Banks, Mr. Smith practiced corporate and securities law in New York and North Carolina and served as general counsel of a North Carolina regional bank and its holding company. He is a graduate of Davidson College and the University of Virginia Law School.