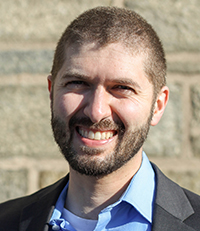 Todd Phillips is an expert in banking and administrative law with experience in both Congress and the executive branch. In his professional capacity, he was worked on issues relating to consumer financial protection, derivatives market structure, bank capital, and the laws governing agency rulemaking and adjudication.
Mr. Phillips has written extensively about financial and regulatory reform, as well as the applicability of administrative law to the banking and financial regulatory agencies. His writing has been published in the GFMC's FinReg Blog, the Brookings Institution, the American Prospect, and the Yale Journal on Regulation's Notice and Comment, among others. He is an editor of the Administrative and Regulatory Law News.
Mr. Phillips is currently an attorney with the Federal Deposit Insurance Corporation and previously managed intergovernmental affairs for the Administrative Conference of the United States. He also served as Counsel for the Committee on Oversight and Reform in the U.S. House of Representatives, and began his career as an attorney at a financial services think tank. Mr. Phillips holds a J.D. from the University of Michigan and a B.S. in Economics and Political Science from Arizona State University.